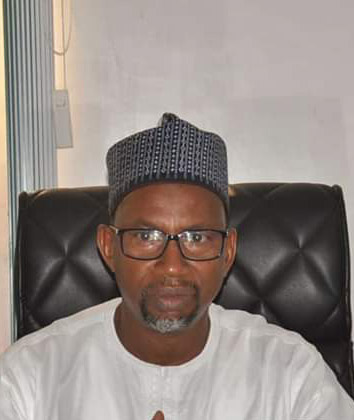 Abdullahi Liman Tukur was born on 8th April 1961 at Kilbawo in Jada Local Government Area of Adamawa State. He attended Senior (now Jada 1) Primary School Jada (1968-74), Government Secondary School Ganye (1974-79), School of General Studies Kano (1979-81) and Bayero University Kano (1981-84) for his first degree (B.Sc.Geography). He also attended the University of Maiduguri for a Master of Science degree in Resources and Development (1988) and the University of Jos for a Ph.D. in Environmental and Resources Planning (1997). During his stay in Jos it became necessary to acquire additional skills in order to actualize his Ph.D. work; thus, he proceeded to the Durham University (UK) for a six months certificate course in Remote Sensing (RS) and Geographic Information System (GIS) in 1993.

Prof. Tukur has served in various capacities and levels. He was in Anambra State (Nnokwa Community Secondary School) from 1984-85 for the mandatory National Youth Service Scheme and a teacher with the then Gongola State Post Primary Schools Board from 1985-86. He joined the Federal University of Technology Yola (now ModibboAdama University of Technology) as a Graduate Assistant in Geography in October, 1986 and rose through the ranks to the position of Professor in 2009. Prof. Tukur has held several positions of responsibility. He was twice a member and later Speaker, Student Union Parliament of Bayero University Kano, member of Senate (at various times, and permanent member since 2009) and member of Council of the Federal University of Technology Yola (1997-1999). He was also the Coordinator, Consultancy ServicesUnit of the University (1995-199). Prof Tukur was the Acting Dean of the School of Environmental Sciences from November 2001-2003 and Dean, 2012 to 2014 (took leave of absence to serve as Secretary to Adamawa State Government). Prof. also served as Director of the Centre for Distance Learning, MAUTech form February 2016 to June 2019 when was appointed as the Vice Chancellor of Modibbo Adama University of Technology Yola. Prof Tukuralso engaged in several community services; he was a Member of Adamawa State Government Transition committee (April-June 1999), Member and Secretary of Adamawa State University Steering Committee (February 2001-January 2002) and Chairman Governing Council, Adamawa State Polytechnic Yola (August 2001-Junly 2004). Prof Tukur was appointed the Executive Chairman Adamawa State Primary Education Board, in January 2004 (which he transformed into the current State Universal Basic Education Board). As the first Executive Chairman of Adamawa State Universal Basic Education Board Prof. Tukur initiated the first set of Mega Library and Computer Centers (with full internet facilities) and also introduced the first storey buildings at the Basic Education level in Adamawa State.

On 6th March 2021, Professor Abdullahi Liman Tukur will be conferred with Fellowship of the Environment and Safety Management Institute during the institute’s strategic stakeholders seminar in Yola, North east Nigeria. Congratulations.